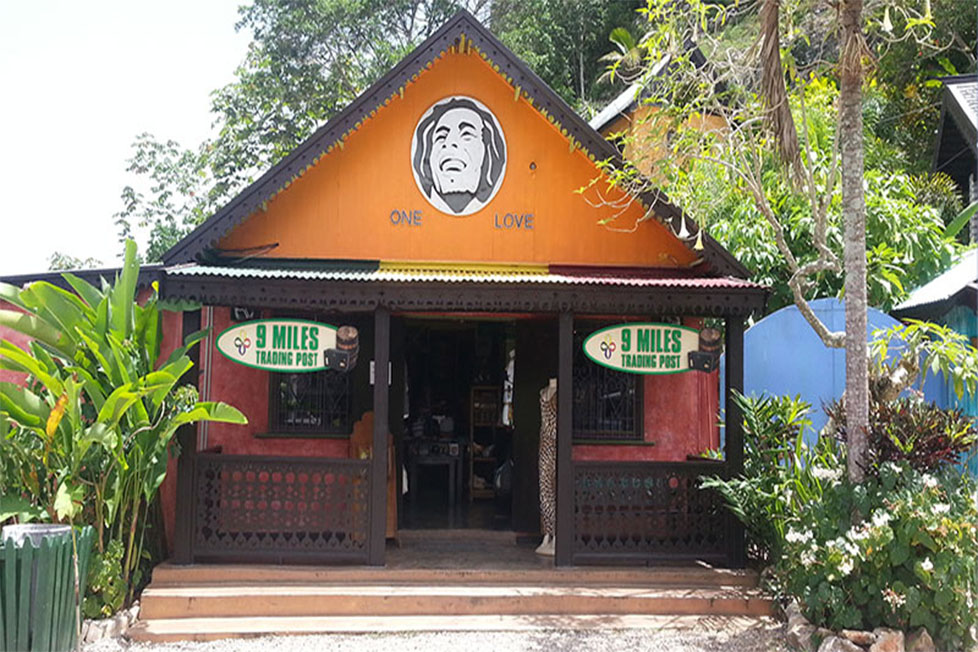 The entrance fee is excluded.

Nine Mile is the birthplace and final resting place of Robert Nesta Marley, more commonly known as Bob Marley. Bob Marley was born in a small cottage in the rural village of Nine Mile and lived here until he was 13 years old. His house and community gave Bob the inspiration for many of his well-known songs.

A visit to Bob Marley’s home at Nine Mile includes a tour of the property from Rastafarian guides, which usually includes a rendition of one of Bob’s songs, memorabilia, his famous “rock pillow” where he rested his head for inspiration, and the Marley mausoleum. There are two tombs in the mausoleum, one where Bob Marley is buried along with his half-brother, Anthony Booker. The second tomb is that of Cedella Booker, Bob Marley’s mother, or “Mamma Marley” as she was sometimes called.

The village of Nine Mile is located deep in the St. Ann countryside and is reached through a series of scenic winding rural roads. Nine Mile is a very small village consisting of several modest homes. Bob Marley’s birthplace is easily recognizable from the flags bearing Rastafarian colors and the compound wall surrounding the property. Outside of the compound walls, there are many members of the local community attempting to sell various goods and services, including tours of some interesting herb farms!

We provide tours and transfer services all over Jamaica. Dismiss

0
0
Your Cart
Your cart is empty
Continue Shopping